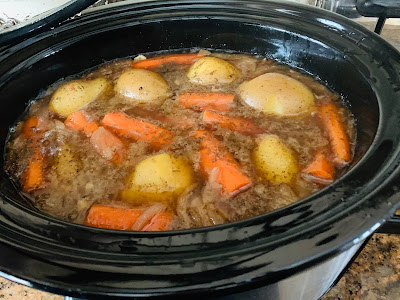 I just thought I'd share this easy, and very tasty recipe for slow cooker pot roast.  I love a good pot roast. And it's one of my Mom's absolute favorites! So when I made this recently I had to invite her over for dinner to enjoy too. I have always loved cooking and doting on my family. And now that my boy is off to college and I don't have Ad living here anymore, I found I was mainly catering to Annie's meal desires. She is much more narrow in her likes (and rarely eats much meat of any kind).  I decided that I wasn't going to push my love of cooking different meals aside just because I didn't have as many family members at home. So I still make at least one meal each week that sounds good to me and then I share it with my Mom, often times my FIL, and sometimes Ad will come over for a meal. That way I don't feel I'm wasting any food either. I will also freeze some at times also. I believe God's plan is for me to have a fella in my life again one day, and I will look forward to cooking for him too. It's part of my love language I guess. Food is love. Even if it's just for me! 😉 ♥️ 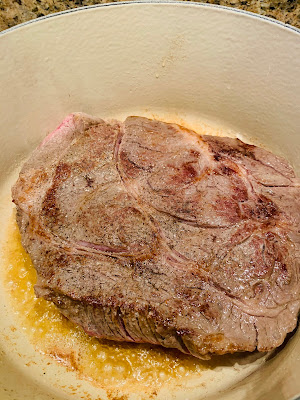 I used a chuck roast that was just a little less than 3 lbs. I seared it in a pan in a little bit of butter & olive oil. Just to get it browned up a bit. 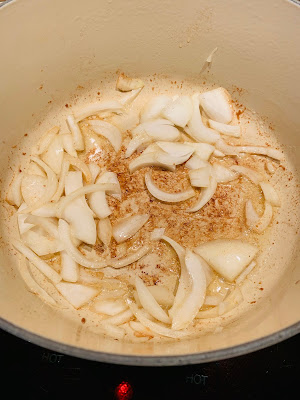 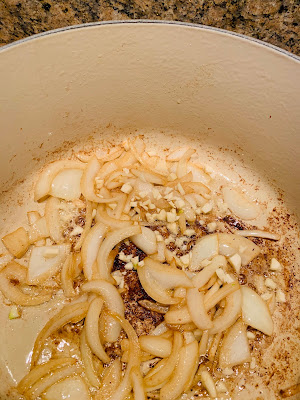 Then I took out the roast and browned some onions and added garlic and cooked them until just soft. 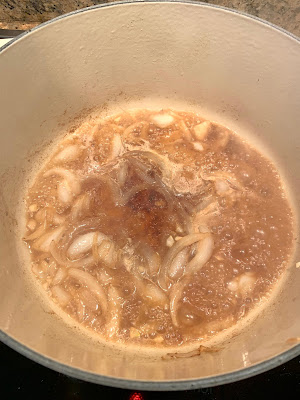 I  added a little bit of beef stock/broth and scraped up the bottom brown stuff (where all the flavor is). Basically I deglazed the pan. You could use red wine for this part instead if you like. 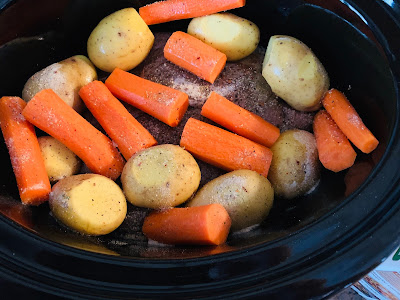 I then added the deglazed liquid with the onions and garlic in it, to the bottom of my slow cooker. I placed the roast on it. And I added some small potatoes (so I could leave them whole) and cut up some peeled carrot and added that in too. I took a packet of zesty Italian dressing (powdered form) and sprinkled it all over the roast and veggies. It adds the best flavor!! You could also use lipton onion soup packet instead here if you like. 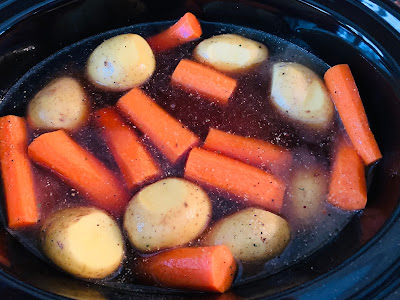 I poured the rest of one carton of beef broth over all and covered and cooked on low for about 8 hours. 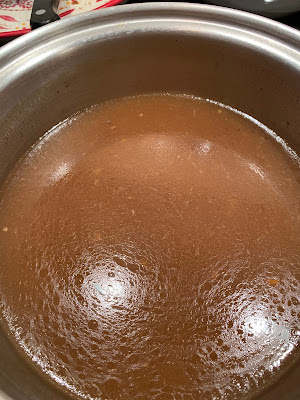 When the roast was ready I shredded it up a bit in the slow cooker. I turned my slow cooker to warm and took out about  2 cups of the cooking liquid and poured it into a saucepan on the stove. I brought it to a boil and whisked in a corn starch slurry made up of a 1/4 cup water with 2 TBSP of corn starch whisked in it. I stirred this as it cooked for about 3 to 5 minutes and when it started to thicken. I tasted it and added a little bit of salt and pepper. As I let it cool it thickened more. It made the most delicious gravy! This step is optional, though, as I think just pouring the juices from the slow cooker over the roast and veggies would be really tasty too. But the gravy really did make it next level. 😋 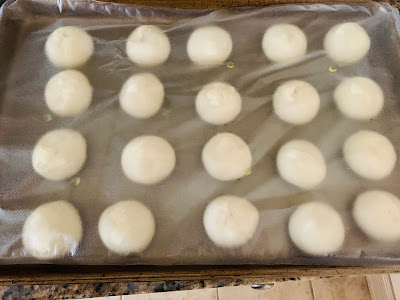 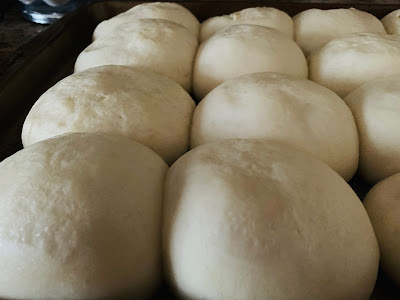 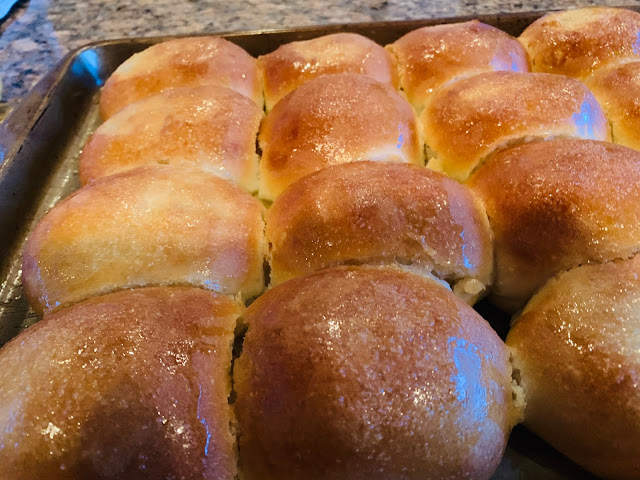 I had yeasted bread rolls in the freezer and I thawed them according to directions to have them rise and then baked them up to go with the pot roast. I brushed on melted butter when they came out of the oven. 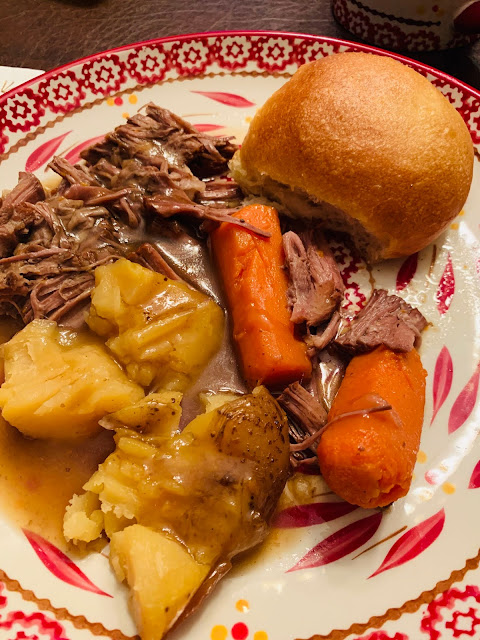 It truly is one of the absolute best comfort food meals there is for this time of year in the northwoods. And it made my Mom (& my FIL) very happy campers too. My little "I love you". 😉 ♥️

Posted by carrie@northwoods scrapbook at 11:08 AM

I've been featured at Scrapality